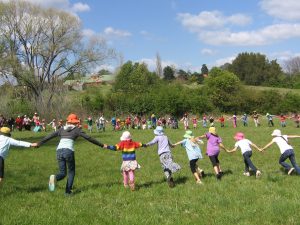 schools in Australia and many others in various stages of development. These form an educational movement rather than a system. Schools are co-educational and non-denominational. Schools are adapted to their time, place and community, and each is independently managed.

Rather than having a principal, many Steiner schools are run by a group of teachers known as the College of Teachers (‘The College’). The College is responsible for the school’s educational and philosophical direction. It is also actively involved in the administrative and social spheres of the school. In 2015, at Mumbulla School an Education Manager was employed to assist the College of Teachers in all aspects of its work.

Steiner schools present a broad curriculum which is nationally recognised by the Australian Curriculum, Assessment and Reporting Authority (ACARA), providing a balance of academic, artistic and practical subjects. The teachers work to generate a genuine inner enthusiasm for learning. 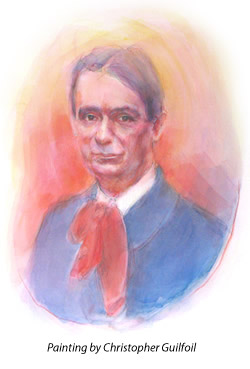 Dr Rudolf Steiner was a philosopher and educator; one of the original thinkers of the twentieth century.

His work covered a wide range of subjects including science, medicine, education, agriculture (biodynamics), the arts and social reform. The basis of his research was the scientific investigation of the spiritual world, which he called anthroposophy.

In April 1919, Steiner was asked two remarkable questions: Is there a way to educate children that will help them develop into human beings who can bring peace to the world?  And, if there is, will you start such a school?   Steiner’s answer to both was in the affirmative. The first Waldorf school opened in Stuttgart in September 1919 with 175 children and 8 teachers, mainly the children of the workers at the Waldorf-Astoria cigarette factory. He suggested that schooling should reflect the culture and stages of childhood. He demonstrated how his school curriculum and teaching methods could develop clarity of thought, sensitivity of feeling and strength of will in children.

This message is only visible to admins.
Problem displaying Facebook posts. Backup cache in use.
Click to show error
Error: Error validating access token: The user has not authorized application 1332798716823516. Type: OAuthException

It's always interesting to see what's happening in other Steiner Schools. ...